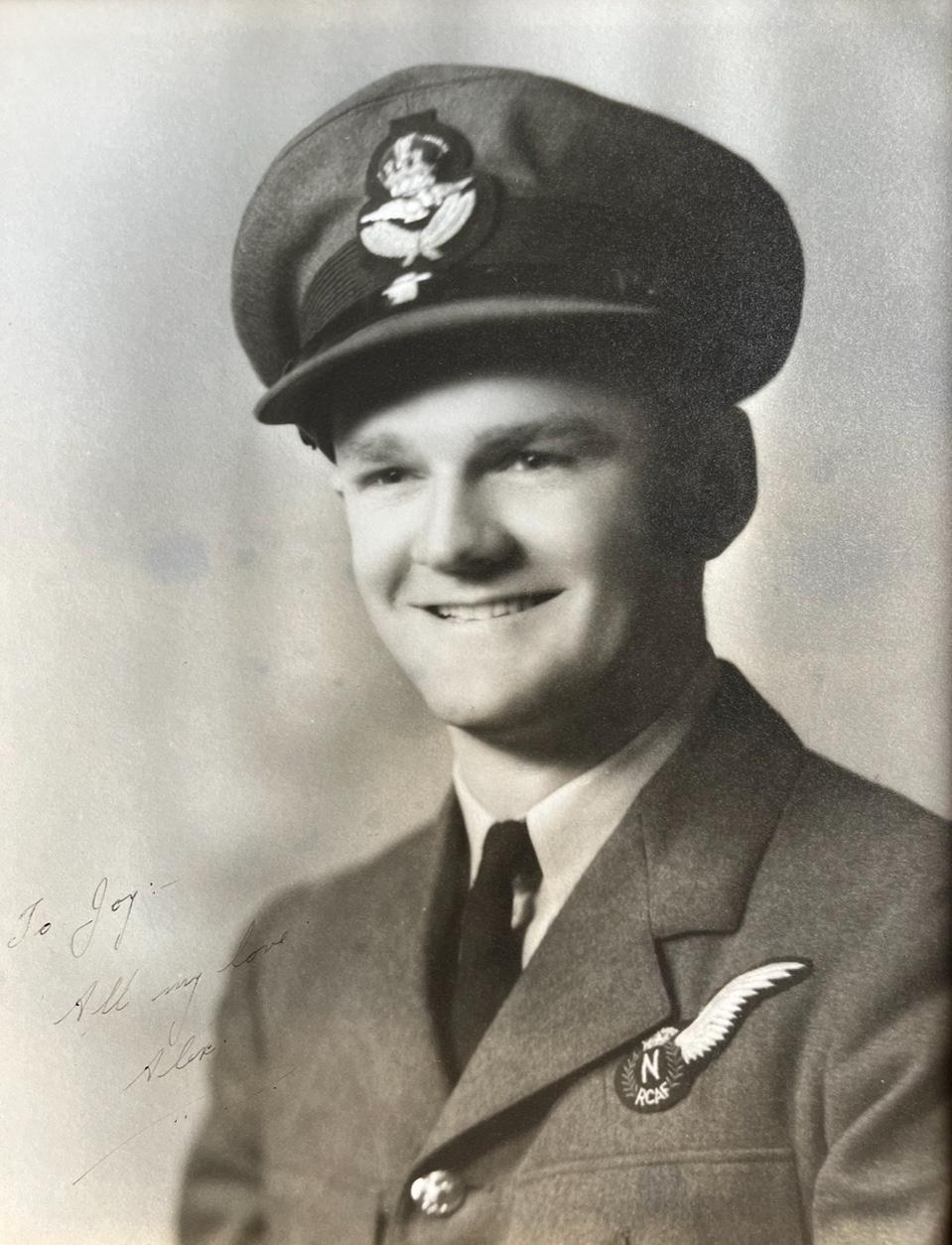 Alexander Charles Carlyle passed away peacefully in his 101st year, in his Toronto family home of more than half a century on the sunny summer morning of August 2, 2022.

Though Alberta-born, Alex was raised in the West Point Gray neighbourhood of Vancouver. A star athlete and excellent student at Lord Byng High School, he worked part-time in the Davey Shipyards until enlisting in the armed forces during the second world war, graduating as a navigator in the Royal Canadian Air Force.

Following the war, at the University of British Columbia, Alex earned a mechanical engineering degree while serving as captain of the UBC Thunderbirds varsity rugby team – where young A.C Carlyle earned the nickname, Ace.

Marrying his high school sweetheart, Joy Glashan, they started their life together in Kingston where the young engineer had his first professional job with CIL Inc. (which later became, for the next 37 years, DuPont of Canada.) Alex and Joy grew their family as he managed various DuPont facilities and divisions in Kingston, Brockville, Montreal and Toronto.

Ace is remembered as a wonderful, caring, unflappable father to his three children; at his 100th birthday t-shirts were printed up, festooned with his lessons and lines that spoke to his positive. entirely dependable, wise and loveable character; “Don’t make mountains out of molehills”.

Until he was in his early 90s, Alex remained in remarkable physical shape. Strong and lean, he was an avid and accomplished golfer; he loved his time at St. George’s Golf Club in Etobicoke.

Joy passed away in 1988, as the couple were preparing to enjoy retirement following a busy family and work life.

At a DuPont Retiree Christmas party, Alex reconnected with a former office colleague, Pearl Gay, and it was the beginning of a loving and mutually supportive partnership. Pearl has been a vital part of the Carlyle Family for decades now and a faithful caregiver during the several years of Alex’s decline.

The family wishes to extend its thanks and appreciation for the excellent and loving personal support and medical care Alex received from Gladys Diaz, Doris Oppong, Nikki Sekinat, Dr. Stephen Ross, and the palliative care team at Etobicoke General Hospital.

A Celebration of Life will be scheduled in the Fall that extended family, neighbours and friends will be welcomed to attend.
Order Flowers
Make a Donation
Help Extend the Memorial
Order a Keepsake Book