The portion of Adam F. Fanaki memorial that you are trying to access requires an extension in order to become active again. Would you like to contribute to the memorial?s extension? 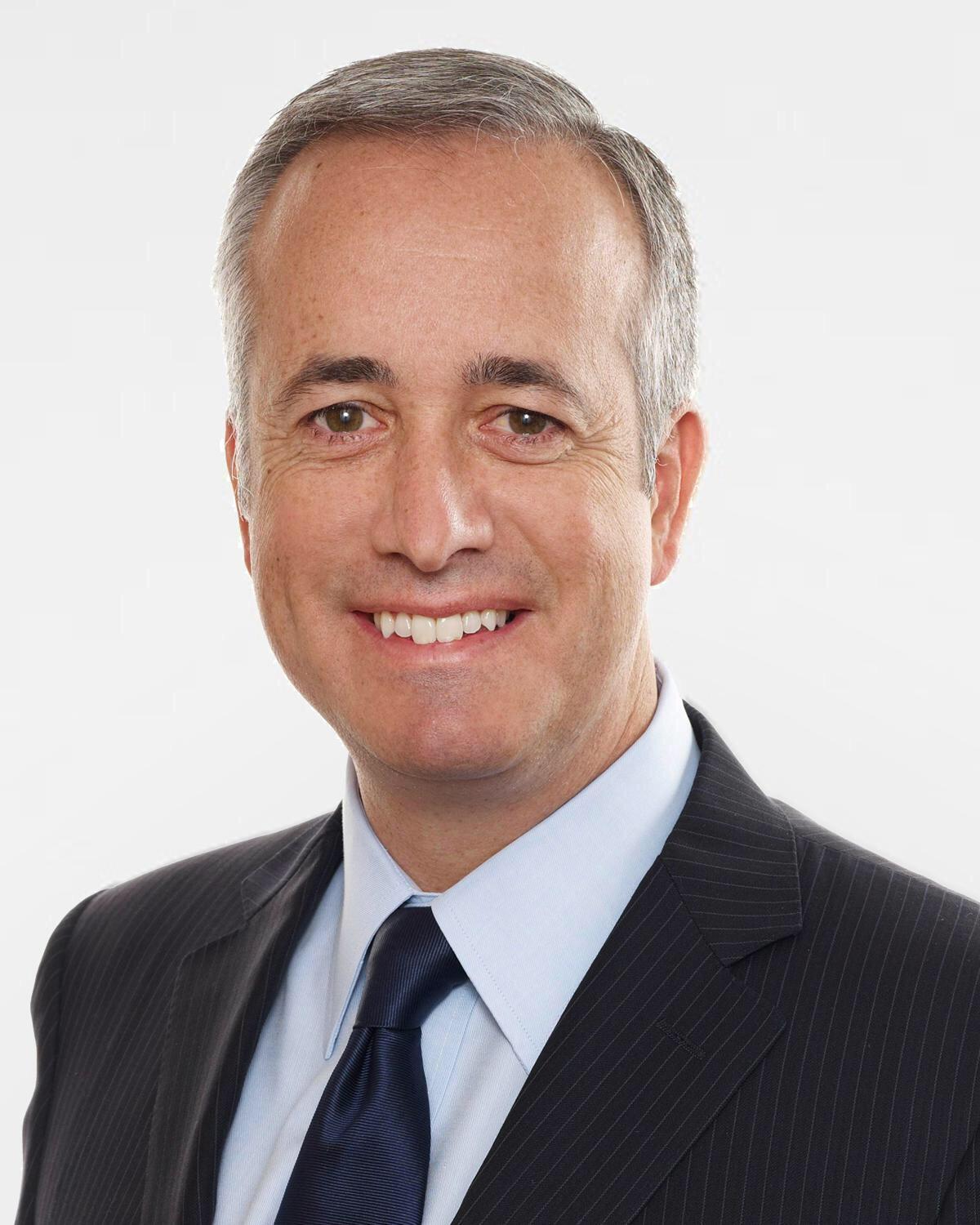 B.A.,LL.B. and M.A.
It is with deep sadness that we announce the passing of Adam Fanaki. At only 51 years of age, Adam had spent the last three and a half years in a courageous fight against glioblastoma, an aggressive form of brain cancer.

Adam was born on December 6, 1968 to Dr. Fouad Fanaki, an Egyptian environmental physicist, and Margaret McGeachie, an acclaimed physiotherapist from Glasgow, Scotland.

He grew up in Newmarket, Ontario, then a relatively small town, being entertained by his brother Joe.

Adam attended the University of Western Ontario, obtaining two degrees including his Bachelor of Laws. He was a star student, being elected as the President of the Student Legal Society, received several academic prizes and graduated with distinction among the top of his class.

Adam began his legal career at Borden & Elliot (now Borden Ladner Gervais LLP). Despite his early success in litigation, his true calling came from a different and unexpected area. In 1996, he was loaned to the Department of Justice to work on a case for the Canadian Competition Bureau in Gatineau, Quebec. This step would change the course of his career.

Although he had merely stumbled into the specialized area of competition law, Adam would become internationally recognized as one of Canada’s best competition lawyers.

In 2006, Lexpert magazine recognized Adam in it’s leading lawyers Top 40: 40 lawyers under 40 edition. He would receive this distinction again in 2008.

In 2007, he was seconded back to Gatineau to the Department of Justice and Competition Bureau to act as the Special Counsel to the Commissioner and Senior Deputy Commissioner of Competition.

He would play an instrumental role in modernizing Canada’s competition laws and the current enforcement policies of the Competition Bureau. Among other achievements, Adam had primary responsibility for the design and implementation of significant amendments to the criminal cartel provision and related enforcement guidelines.

In 2009, he returned to private practice in Toronto by joining Davies Ward Phillips & Vineberg LLP as a senior partner. He acted as lead counsel in a number of the most significant competition cases addressed in Canada. Adam also represented parties in complex proceedings at all levels of court including the Supreme Court and the Competition Tribunal.

Throughout his career, clients appreciated Adam’s calm demeanour and expert counsel. He was recognized as a leading competition lawyer in numerous international publications, including one which recognized him as “the best in the business in Canada. He is very knowledgeable but unusually practical for a lawyer in a specialized area.”

While clients valued Adam’s expertise and service, his colleagues throughout the competition law bar and in business worldwide valued his friendship even more.

As much as the law was a major part of his life, so were countless other passions, like downhill skiing, world travel, trips to cottage country in the summer, beach holidays, going to the movies and watching old classics at home, walks with the family dog Ella and time spent with his many, many close friends and family.

Adam and his wife Janet (née Petruck) were together for nearly 24 happy and fun-filled years. They knew that they were destined for each other from their first date when it was discovered that they share the exact same birthday – born on the same day and the same year.

With his many accomplishments, Adam was most proud of his children, Isobel and Samuel, who brought so much joy to his life.

Throughout his struggle with cancer, Adam remained resilient, defying the odds and being an example of strength, dignity and courage to us all.

The family is very grateful to the following list of world-class medical specialists for their expertise as well as the empathy, compassion and friendship they displayed to us over the course of Adam’s illness: Neuro-Oncologist Dr. James Perry, Radiation Oncologist Dr. Arjun Sahgal, Social Worker Denise Bilodeau and the radiation technicians and Nurse Practitioners at the Odette Cancer Centre at Sunnybrook; Neurosurgeon Dr. Sunit Das at St. Michael’s Hospital; the K1 Central Palliative Unit at Sunnybrook with special acknowledgement to Dr. Deb Selby, Dr. Amy Nolan and Sally Bean along with their caring team of nurses; the Mississauga LHIN and Dr. Nadia Salvo and Joni Mann at The Dorothy Ley Hospice.

In addition to our medical dream team, we would also like to thank the many friends and family who delivered meals to us, dropped-in to visit, called to check-in and prayed for Adam. You helped to sustain us during the difficult times.

Funeral will take place at Kingsway Lambton United Church (85 The Kingsway, Toronto) on Thursday, February 20, 2020 at 10:30 am. Online condolences may be made at www.turnerporter.ca Flowers may be delivered directly to the church.

The family has established a fund to honour his legacy and help provide programs to patients and caregivers facing brain cancer. Donations can be made at www.my.charitableimpact.com to The Adam Fanaki Brain Trust. Please click on search icon to find this specific Giving Group.

As one final request, Adam wished that everyone would consider doing an unexpected act of kindness in his honour.


“An honest man here lies at rest,
The friend of man, the friend of truth,
The friend of age, and guide of youth:
Few hearts like his, with virtue warm'd,
Few heads with knowledge so inform'd;
If there's another world, he lives in bliss;
If there is none, he made the best of this.”

Dear Fanaki Family, I am truly sorry for your lost. My condolences are with you during this very difficult time.

We will miss you terribly Adam. Your kindness and consideration to everyone is so well known and appreciated. With Janet, you have left a beautiful legacy in Isobel and Sam.
"We have loved you in life
We shall not forget you in death"

Although I did not know Adam personally, I have known his mother-in-law, Irene, for many years. We went to Ukrainian School together from about age seven to our middle teens. Currently we see each other frequently as we belong to the same Ukrainian Womens Organization (as, according to your Mother, you Janet, also belong).
For the last year Irene had been telling me about Adam's battle with cancer, Janet's devotion and the many trips to Sunnybrook Hospital. He bore his tragic illness without complaint and with dignity. He put up a valiant battle, but at 51 years of age, Irene phoned to tell me he lost it.
I wish to extend my deepest sympathy to Janet and the children on the loss of their loving husband and father, to Irene who will miss her beloved son-in -law, and to all the many other relatives and friends who had the privilege to be part of his family or who called him friend.
May he rest in peace, and look after his family from above.

My deepest condolences to Isobel and her family; I can imagine how very proud your dad was of your outstanding accomplishments and fine character.

We are so extremely sorry to hear of Adam’s passing. He is a wonderful, kind, loving, generous, brilliant and passionate man on earth as he brings all of those traits with him to heaven watching over his family and loved ones. May he Rest In Peace and may you all find comfort in eachother knowing how much he loved each and every one of you and will continue too as your guardian angel in heaven.

Sincerest condolence and heartfelt sympathies to all of you.
With love,
Nelson, Nickie, Matthew and Meghan Mendes. 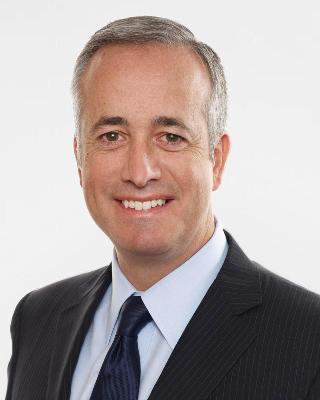