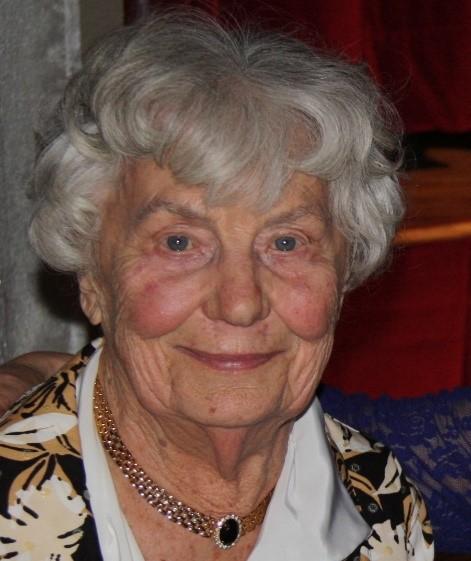 “A Life Well Lived”
Ada Lemezys passed away as she would have wanted on Easter Sunday, April 12, 2020 in her 98th year in Toronto, Canada.
Ada, born in Telsiai, Lithuania May 31, 1922, was sister to Vale (Fred) Buttinger, a loving aunt and friend to many. Ada lived through a turbulent time during WWII. Ada was predeceased by her father, Anatanas Lemezys prior to the war. Ada/sisters during the war for their safety were sent away by their mother, Staneslava Lemezys and older sister Eugenia, never to see them for over 40 years, Ada with her two younger sisters, Vale and Stase travelled alone across Europe and had many harrowing stories to tell. After the war, Ada and Vale travelled again together to start a new life in Canada. Ada moved to Toronto and began a job with Canada Packers later Maple Leaf Foods in their science and testing research facilities until retirement. Ada was a lifelong active parishioner of the Lithuanian communities Church of the Resurrection.
Ada was a wonderful neighbour and was literally the “grandmother” to all her friends on Kennedy Ave in Toronto. Ada’s sharp wit and fun-loving demeanor allowed her to live in her own residence to the end of her life with no assisted care.
Ada will be always remembered for her uplifting spirit and thoughtfulness. Ada will be missed by her youngest sister, Vale Buttinger (Waterloo), her nephews and their families Gord & Pam Buttinger (Waterloo) and children Maddie and Brett MacLean, Natalie, Jessica, Scott, Danielle, Emily and Rachel Buttinger; and Paul & Lorraine Buttinger (Kitchener) and their children, Vanessa and Dennis Buttinger. As well, Ada’s nieces in the USA, Betty Handshey, Linda Hallinan and Judy Emond and families; and relatives in Lithuania, Giedrius Lemezys, Ramunas Lemezys, Paulius Lemezys and Kristinai Lemezys and families. And by her special friend, Victor.
In this trying time, we wish as a family to thank the Doctors and Nurses from St Joseph’s Health Center Toronto who assisted Ada during the last days of her life. Cremation has taken place. A celebration of life will take place later. In lieu of flowers, donations to the St Joseph’s Health Center Toronto would be greatly appreciated.